17.08.2020 - After spending two years in Isabel Province in Solomon Islands, there are so many amazing memories that VSA tūao Trisha Dwyer is sharing with us in a special korero for International Day of the World's Indigenous Peoples (9 August 2020). Trisha volunteered as a Tourism Development Adviser with the Isabel Provincial Government, Solomon Islands. She returned to Aotearoa on March 2020

"I adapted to being in a rather remote island, with a population of fewer than 30,000 people and six local Isabel languages, as well as Solomon Island Pidgin and English for the office, " says Trisha

As part of her role, Trisha spent her time with a variety of wantok which is a larger language grouping often used in the context of local communities in Isabel province.

"As a Tourism Adviser I spent time with local communities and got a great sense of everyday life when I stayed in villages. I spent time with conservation rangers in the Arnavon Islands, and hiked into highland villages where I learnt about traditional crafts like tapacloth and string baskets." 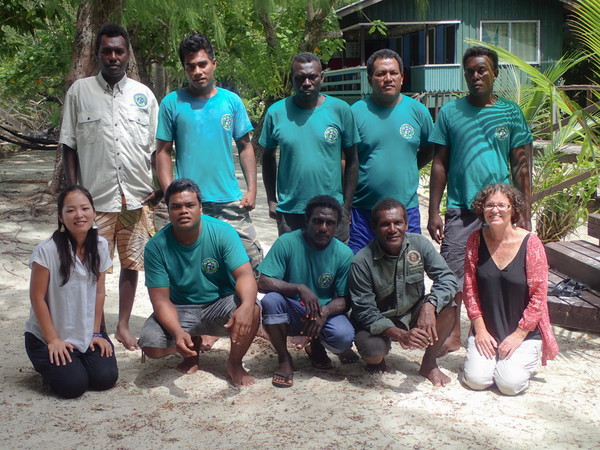 Workshop with Rangers at Arnavon Community

A special memory for Trisha was her time with the wantok from Sisiga. "We prepared for their first group of tourists, so there was much anticipation and excitement when the group arrived on a small expedition ship." 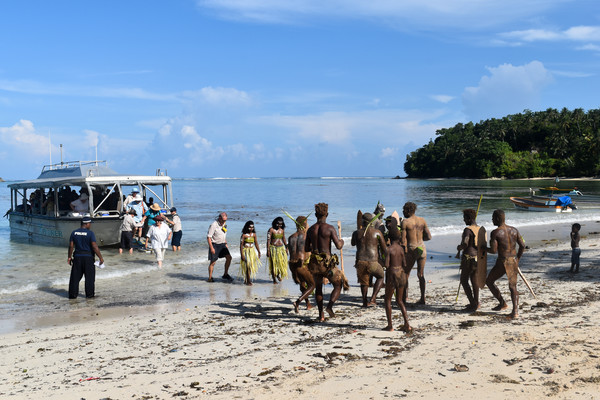 Another empowering experience for Trisha was when she spent a few days travelling with about one hundred women for a gathering in Kia, taking about 12 hours by cargo ship.

"As we left the wharf at 3am after a special farewell, there was a surge of voices and magical harmonies," remembered Trisha.

"One of the things that really impressed me was the way that communities worked together and organised large events, where everyone was involved and contributed in some way. Through the Provincial Government's Community Affairs department, I had the privilege of spending time with traditional leaders, learning about how they worked with local authorities and church leaders."

“Isabel Province is a matrilineal society, so customary land is passed down through females. Women in Isabel hold strong social networks in their villages and throughout the province. In Isabel Province there are different roles and responsibilities within communities and ways of resolving conflicts and disputes.

"Recently, some landholding groups reached agreements by completing the customary land recording process, which may bring stability and future opportunities to the community. In the province, there are concerns about the impacts of logging and mining and  the lack of employment and training opportunities for young people. While there are many challenges, the communities are organised and resilient, particularly in terms of growing food, fishing, and building their own houses."

For Trisha, speaking Pidgin allowed her to engage with local communities and get to know a wide range of people. "I became involved in documenting many local events, which opened up a range of conversations about family, identity and place. There are different songs for different social practices, such as smashing taro, paddling in a canoe, visiting a newborn baby, presenting someone with a gift, and saying farewell."

"Being involved in organising cultural festivals made me realise that each village has its own practices and could be identified by certain songs or chants. Youth from Isabel Province based in Honiara, the capital, are also actively involved in discussion forums and cultural groups. Contemporary bands would also sing in local languages. I sometimes sang with the choir and joined the kastom dance at local events Being able to participate in local activities made me feel at home." 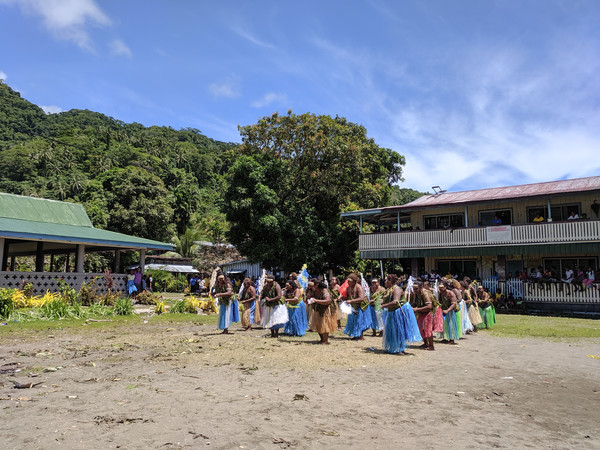 Take a look of a selection of Trish's documentations on her YouTube Channel:

Songs of Isabel sung by women from Central Maringe: